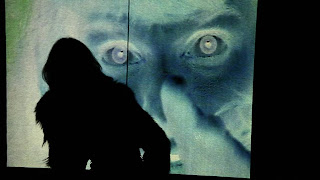 Friederike Plafki / Choreographer / Dancer   Born in 1979 in Jena, Germany, she is a licensed physiotherapist. As a dancer and choreographer, Plafki was trained in Leipzig, Dresden and Berlin. She has worked with the choreographers and directors Sasha Waltz, Heike Hennig, Ingo Reulecke, Lukas Matthaei, Riki von Falken, Chris Ziegler, Andreas Müller, and Monica Antezana. Since 2005, Plafki has performed as a guest-dancer of Sasha Waltz & Guests in the works Dialoge 04 and Gezeiten. She has worked as a guest artist in movement composition workshops with Emio Greco in Den Haag, and with Nik Haffner / Forsythe Technology at Ohio State University. Friederike is currently developing her own solo study, Kühlkuhgenese (Coolcowgeneses). The Bancs d’essai internationaux, a dance network spanning six cities, selected this piece for an international tour in 2005. Based on this solo work, Plafki developed the duets Objet trouvé and Parallaxe seconde and the variation peer-to-peer for seven dancers that premiered at the Tanztage 2007 at the Sophiensaele in Berlin, as well as the trio Dialoge- Triovariationen for a square.
In 2006, she received the Ballettanz Jahrbuch 06 award as the most remarkable new choreographic talent. In 2000, she received the first prize for the best dance solo at the Festival of Contemporary European Theatre in Leipzig. She has received scholarships from danceWeb, Scholarship-Program/’05 in Vienna, Scholarship for the Dance Roads Program ’06 and Scholarship for the Tanzplan Dresden ’07. Since 2006 she has studied choreography at the Ernst Busch School of Dramatic Arts in Berlin. 2010 she performed Dialoge- Triovariation for a square and Coolcowgeneses in the Meat Museum/ Amherst Collage/Massachusetts. She was presenting her new Solo "Extrastück mit Affe" in the 'MAD-Festival' in Cologne 2012.
Eingestellt von Friederike Plafki Zamastil um 00:28 Keine Kommentare: